In a January 2014 Boston Globe article, BLO’s Dramaturg, Dr. Magda Romanska, was quoted saying that “the rigid division of roles (director/dramaturg/playwright)” or in the case of an opera, the stage director, dramaturg, and librettist “becomes more and more blurred as people move across boundaries” and begin to work together. When we posted the article on the BLO Facebook page, a longtime fan of the company asked, “Can someone please give me a definition of a dramaturg and what he/she does?” We thought this was a fine opportunity to formally introduce you to Magda and explain what it is exactly that she does. 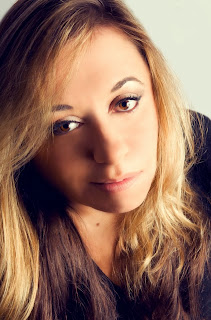 Born and raised in Poland, a country with a deep love of opera and theatre, Magda Romanska brings to the BLO a rich background in eclectic dramatic and literary traditions. Romanska graduated with honors from Stanford University and holds a Ph.D. in Theatre and Film from Cornell University. She also studied at at the Yale School of Drama and at the Mellon School of Theatre and Performance Research at Harvard University.

In addition to her dramaturgical experience, Romanska is a critically acclaimed experimental playwright. Most recently, her play, Opheliamachine, had its world premiere at the City Garage Theatre in Los Angeles. Currently, she is an Associate Professor of Dramaturgy and Theatre at Emerson College and a Research Associate at Harvard University’s Center for European Studies.

In the Spring, she will be a Visiting Associate Professor at Harvard’s Department of Slavic Languages and Literatures where she will teach a course on experimental theatre. This summer, she will be chairing the Literary Managers and Dramaturgs of the Americas (LMDA) conference in Boston.
We sat down with Dr. Romanska to discuss her work in the field.

BLO: What is a dramaturg?

MR: In its broadest and earliest definition, dramaturgy means a comprehensive theory of “playmaking.” Originally, the Greek word dramatourgos simply meant someone who was able to arrange various dramatic actions in a meaningful and comprehensive order. Today’s dramaturgs concern themselves foremost with dramatic structure. In the February 2013 episode of the hit TV series Smash, entitled “The Dramaturg,” a dramaturg is referred to as “the book doctor.” His job is to fix the structural errors afflicting the script of the new musical.

The concept of dramaturgy as a separate theatrical function originated with the eighteenth-century German artist Gotthold Lessing, who introduced both the actual term and the figure of the “in-house critic” whose role was to assist a theatre in the process of play development. Modern dramaturgs work in all kinds of narrative forms and structures: from opera to musical theatre, from dance and multi-media to filmmaking, video game design, and robotics.

Klaus Jantke, a German scholar who studies the dramaturgy of video games, says that, “Dramaturgy is the design of emotional experience.” In every story-telling medium, a successful plot has all the elements in their proper order, culminating in a cathartic purging of emotions. For Bertolt Brecht, famed playwright and theatre director, the dramaturg was “the director’s most important theoretical collaborator.” A dramaturg’s job is to research and clarify the political, cultural, and historical aspects of the drama as well as its aesthetic, formal, and structural qualities, and to communicate his/her knowledge to the artistic team and the audience.

BLO: How did you become involved in the field?

MR: I did my undergraduate studies at Stanford, majoring in Modern Thought and Literature. It was an interdisciplinary honor major for people who had a fear of commitment, as we joked. I was interested in everything: literature, art, theatre, philosophy, and social and political thought. I was looking for a profession which would allow me the freedom to follow my curiosity, and to develop in many directions. Dramaturgy has such a Renaissance quality: you can work in theatre, but you can also work in a number of other fields. I studied Dramaturgy and Dramatic Criticism at Yale School of Drama, where my mentors were Elinor Fuchs and James Leverett. Yale’s dramaturgy program was the first of its kind established in the U.S., and it remains the leading program in the country. Elinor Fuchs and her methods of dramaturgical analysis, in particular, have been a driving force behind the development of modern American dramaturgy. I eventually got my doctorate in theatre and film at Cornell University, where I studied dramatic structure, theatre and film history, and political, social, and aesthetic theory.

BLO: What projects have you worked on?

MR: One of my most interesting projects was Café Variations, directed by one of America’s leading directors: Anne Bogart. It was a large-scale music/theater/dance piece, with text by Charles Mee and music by George Gershwin. The dramaturgical input involved finding common threads in a script that was abstract and guided by its own inner logic. The distinct structural challenge involved finding the inner mechanism of a narrative that lacked a traditional Aristotelian arc. It also involved researching topics as varied as café culture, Apache dance, fractals, and string theory. The dramaturgical contextualization involved interdisciplinary research in philosophy, psychology, history, art history, film, music, and dance. It required a multilayered contextual approach that provided depth and breadth to the project via multiple cognitive entry points.

My most recent new play development project was a multimedia devised theatre piece, The Fall, which focuses on the fall of the Berlin Wall—as we approach the 25th anniversary of the event. The project is being developed in New York with a group of international artists, and it involves twelve months of development arranged into four workshops. During the first workshop, I served as the Associate Dramaturg and a Contributing Writer. For this project I used my own experiences, having grown up in communist Poland. It was a very interesting process to research things which I remember as memories.

BLO: As a professor at Emerson College, how do you teach dramaturgy?

MR: I grew up in Poland, which has a very strong and well-established dramatic tradition. Like in many other European countries, in Poland too, theatre often shapes the national dialogue, and the dramaturgs shape what’s shown at the theatres. If you want to influence social and political debate in your country, one sure way is to become a dramaturg or a playwright. (Vaclav Havel, for example, was a writer, dramaturg, and playwright who became Czechoslovakia’s first democratically-elected president.) This is not the case in the U.S.

But one of the most important qualities of a good dramaturg is to be well-read, to know and to understand the social, cultural, and political debates that are happening around the world. I tell my students that theatre is an exercise in radical empathy. It means reading and trying to understand every point of view. Good drama is a complex, multilayered puzzle of visible and invisible, spoken and unspoken. You need to understand all of the layers on factual, intellectual, emotional, and visceral levels.

The Dramaturgy program at Emerson is distinct in that it offers students wide-ranging opportunities to explore the profession. Working with Emerson Stage, our dramaturgy students engage in all the regular tasks performed by production dramaturgs. In addition to studying theatre history, dramatic structure, research strategies, and audience outreach models, our students also learn new dramaturgical methods that can be employed in musical theatre, opera, film, multimedia, and digital design.

BLO: What tips would you give to someone who may be interested in working as a professional dramaturg?

MR: Formally, you need a solid background in dramatic theory and history. The definition of dramaturgy is expanding, and the concept is being redefined as we speak to include many modes of making meaning. In our global, mediated context of multi-national group collaborations that unbend traditional divisions of roles as well as previously intransigent rules of time and space, the dramaturg is also the ultimate globalist: inter-cultural mediator, information and research manager, media content analyst, inter-disciplinary negotiator, and social media strategist. To be ready for this new world, you need to read a lot, you need to write a lot, and you need to see a lot—theatre, film, opera. It’s kind of the opposite of Japanese Sanzaru, the three monkeys. You need to keep your eyes, ears, and mind wide open.