A note before we begin… What is a death mask?

A death mask is a wax or plaster cast made of a deceased person’s face. While certainly unusual today, death masks were a common and important method of commemorating the deaths of important figures throughout history. For instance, you can see the death mask of Beethoven on display at the Isabella Stewart Gardner Museum here in Boston, or meet Napoleon Bonaparte face-to-face by viewing his death mask on display at London’s British Museum.

Death masks have caught the imaginations of writers and thinkers for generations, even through the present day. For example, in the recent novel Inferno, the theft of Dante’s death mask sets off an exciting chain of events that sends Dan Brown’s familiar hero, Robert Langdon, running for his life.

In the 18th and 19th centuries, death masks were also used to record the faces of unidentified bodies. In this blog post, Magda Romanska explores the fascinating intersection of this cultural practice and the art it inspired. 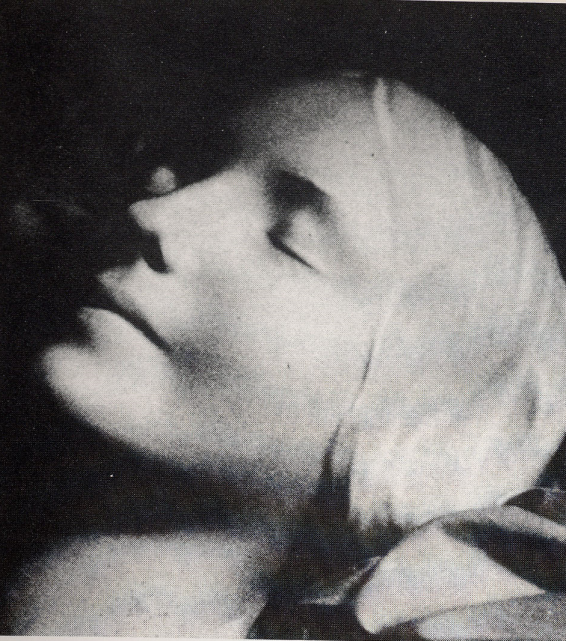 Kátya Kabanová’s death, by drowning, was a typical suicidal ending for many literary and dramatic heroines of the late 19th- and early 20th-centuries. The craze around drowned women that eventually came to dominate the European aesthetics of the era is illustrated by the popularity of L’Inconnue de la Seine, an unknown young woman fished out of the Seine near the Louvre in the early 1880s (Vautrain 550). The combination of her beauty and anonymity unleashed endless speculations about her life and death. Her body was reportedly taken to the Paris Morgue and displayed for identification. It was customary at that time to exhibit unidentified bodies in public in an attempt to identify them. 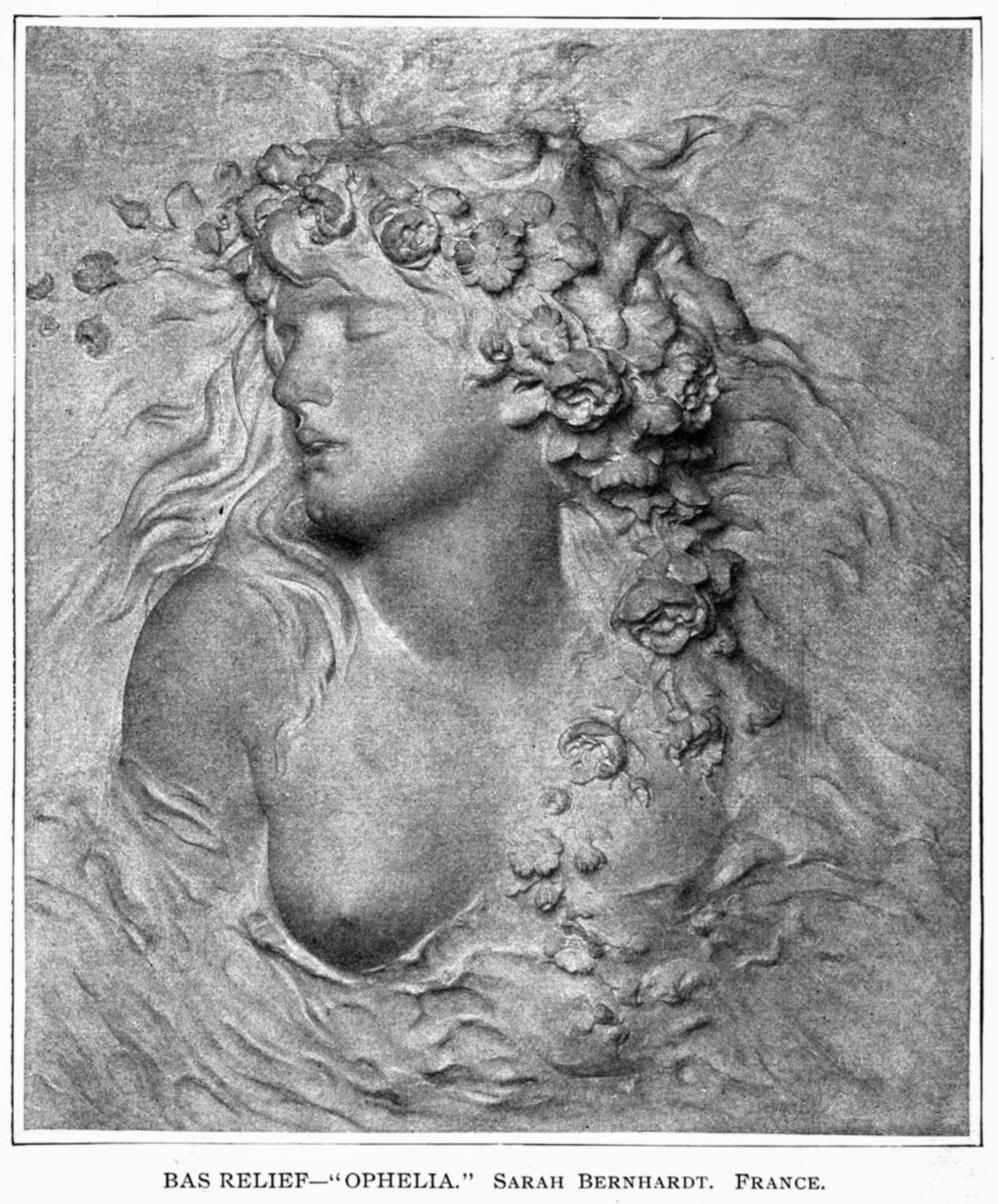 In France, the white cast of the death mask, with its “smile of sublime satisfaction” (Phillips 321), was soon sold on Paris streets as a souvenir, “adorning the rooms of countless young women” (Bronfen 206). In 1890, Sarah Bernhardt styled herself, in a bronze bas-relief of Ophelia, as L’Inconnue. In Germany, “every student of sensibility had a plaster-cast of L’Inconnue’s death-mask … and a whole generation of German girls modeled their looks on her” (Alvarez 156). By the 1920s and 1930s, L’Inconnue’s death mask became “the erotic ideal of the period, as Bardot was for the 1950s” (Alvarez 156). Hans Hesse suggests that some German actresses, among them Elisabeth Berger, used the death mask of L’Inconnue as the blueprint for their own image, until she “was finally displaced as a paradigm by Greta Garbo” (Alvarez 156). 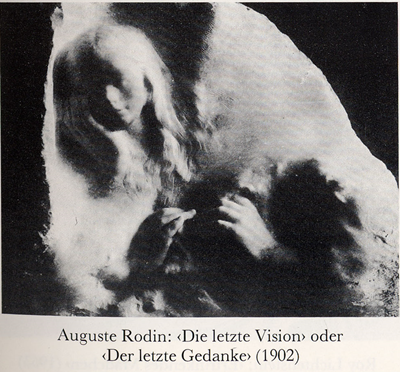 The poet Supervielle owned a copy of L’Inconnue’s death mask, as did Blanchot, Céline, and Camus, who reportedly loved to show off to his friends “a cast of the touching face of L’Inconnue de la Seine, with the smile of drowned Mona Lisa” (Boddaert 137). In 1902, Rodin incorporated L’Inconnue’s mask in his sculpture, The Last Vision (also known as The Last Thought), Man Ray attempted a failed photographic reconstruction of her image, and a number of writers used her as a heroine of their novels. The British writer le Gallienne was the first to publish a short story about L’Inconnue. Titled “The Worshipper of the Image,” the story follows the affection of young Antony, who marvels at the image of her face: “How beautiful! It must be wonderful to die like that” (Phillips 322).

Supervielle’s short story (“L’Inconnue de la Seine,” 1931) is written from the point of view of the dead girl; the narrator of Rilke’s autobiography (The Notebooks of Malte Laurdis Bridge) passes the mask of L’Inconnue, smiling enigmatically “as if she knew,” every day displayed in the window of the milliner’s shop. Goll and Anaïs Nin included the death mask in their stories as well. The most successful of these literary attempts, Muschler’s The Unknown, a fictional account of the tragic love that caused her to drown herself, became an international bestseller (Phillips 324). Johnson suggests that the novel was an inspiration for Nabokov’s poem “L’Inconnue de la Seine,” written in 1934, two months after the publication of Muschler’s book (232).

The fascination with L’Inconnue continued throughout the 1930s and extended into the 1940s, finally becoming the image of “the absolute” in Aragon’s 1947 novel, Aurélien. As a model for all of the other drowned girls, L’Inconnue was a symbol of the turn of the century, an epoch’s “psychogram,” in which the reality of her corpse, art, and literature converged, creating an archetypical image of fatal femininity. In a sense, in the popular and literary imagination of the time, L’Inconnue became the embodied aftertaste of the 19th-century cult of Ophelia, a corpus delicti of Ophelia’s tragic death, washed ashore as the last word of Shakespeare’s most famous story.