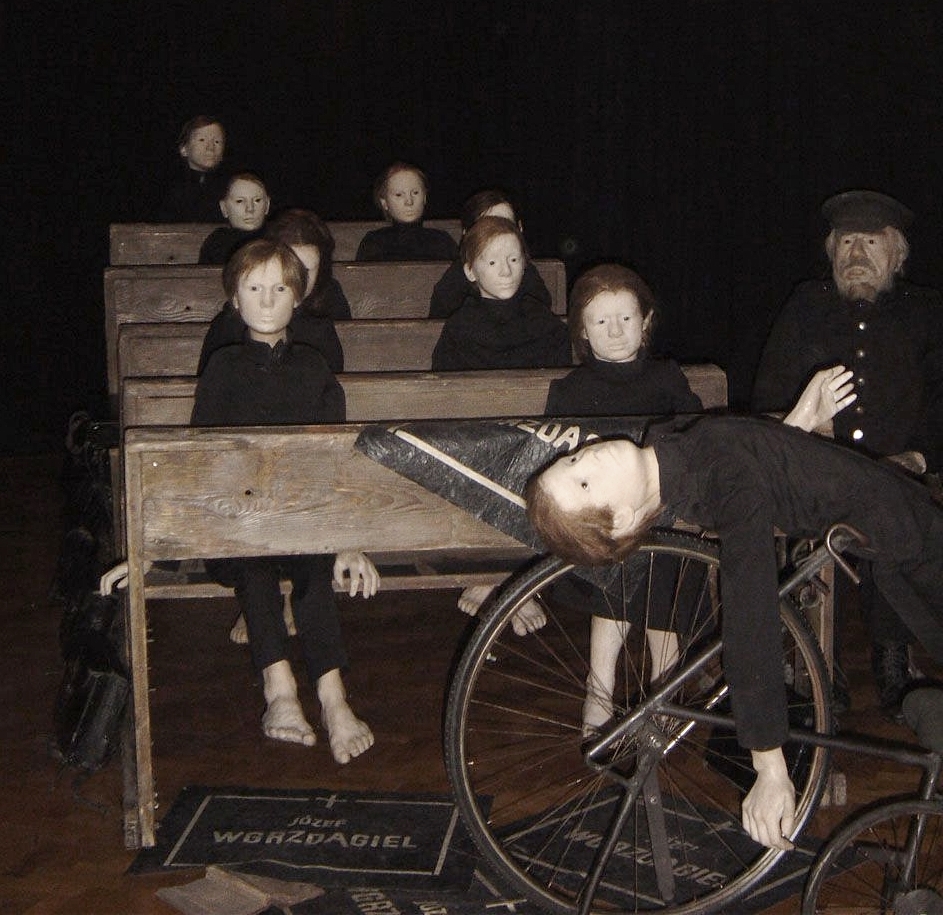 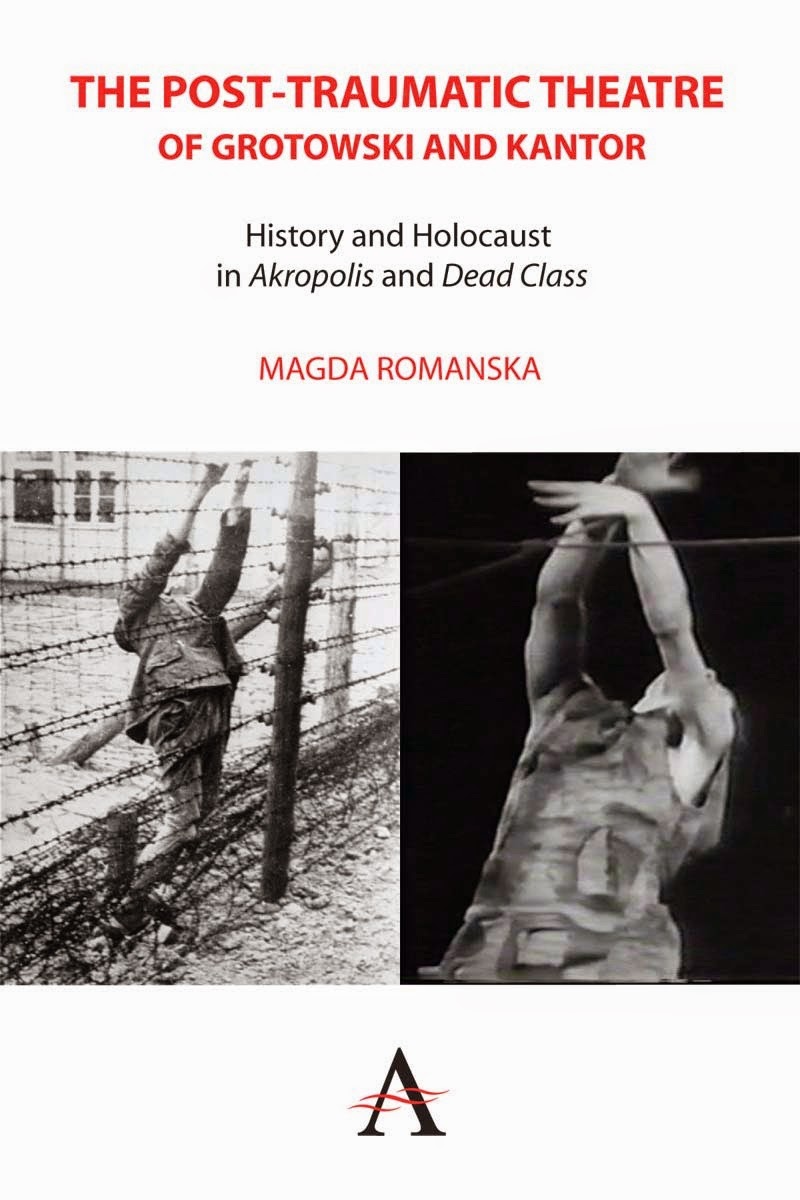 “In Jerzy Grotowski’s 1967 staging of Stanislaw Wyspianski’s 1904 play, “Akropolis,” a retelling of stories from the Bible and Greek mythology, actors dressed in caps and rags labor on a bare set.

Their movements become increasingly mechanistic as if consciousness has left their bodies. Some become inert, only responding to forces that are directly applied to them. Eventually, all by one are standing still as if dead to the world.  This last laborer climbs onto the shoulders of his now motionless comrades and, as he reaches upward, his arms begin to flutter.

Meanwhile, in theater director Tadeusz Kantor’s “Dead Class” (1975) the audience is confronted by the blank expressions of child-sized manikins, stacked in piles. Later, a group of darkly dressed adults, shuffling and gesticulating like clowns who have been defeated by life’s struggles, parade around while carrying the manikins.”

The two theatrical pieces are considered master¬works of 20th-century Polish theater. When they were first introduced to Western audience, they influenced avant-garde theater and film directors, in both the United States and Europe. Among those who fell under their spell were Peter Brook, The Living Theater, The Wooster Group, Richard Foreman. Robert Gil t, Moises Kaufman, The Brothers Quay, and others.

But the problem. according to Emerson College Professor Magda Romanska, is that both pieces, and legacy of their directors are greatly misunder¬stood. The Polish-born Romanska claims in her new book, “The Post-Traumatic Theatre of Grotowski and Kantor: History and Holocaust in ‘Acropolis’ and ‘Dead Class.’”— that not only must both directors; innovations be understood in the context of Polish history and cul¬ture, but also that the Holocaust is at the center of this history.

“When the Holocaust happened …[it was] a complete change of the ethnic makeup of Poland.” she said during an interview with The Advocate.
The relationship between Poles and Polish Jews was a long and complex one, going back at least as far as the 10th century CE. While anti-Semitism was not com¬pletely unknown, Poland for much of the following millennium had developed a reputation for being the most tolerant place for Jews within Christian Europe. Jews made a great impact on Pol¬ish society and culture, and start¬ing in the modern era – when Poland was carved up by surrounding imperial powers, and existed primarily in language – the Polish intelligentsia often incorpo¬rated Judaic traditions and folk¬lore in forming Polish national identity.

At the outbreak of World War II, Poland had been home to some¬where between 3.3 million and 3.5 million Jews, mostly concen¬trated in the cities
During the war, the Polish government-in-exile had, as early as 1942, issued thorough reports on the exterminating of Polish Jewry. Its military, the Polish Home Army, smuggled arms to, and fought alongside, Jewish resistance groups – most dramatically during the Warsaw Ghetto Uprising in 1943.
Thy postwar population of Poland’s Jews was estimated to be between 180,000 and 2,000. Most survivors left for the United States or Israel.

After the war, however, the Soviet-backed Communist regime persecuted and imprisoned mem¬bers of the former government-in-exile, and began to recast the Holocaust for its own purposes. While the Poles suffered greatly under German occupation, the Communists suppressed the knowledge that Jews had been specifically targeted for genocide. Or as Romanska put it during the interview,” The government pro¬jected the Holocaust as a Polish loss.”

In 1967, after Israel’s victory over the combined militaries of the Soviet-hacked Egypt, Syria and Jordan in the Six-Day War, the Communist regime broke off diplomatic relations with Israel. A year later, it initiated anti-Semitic purges that forced most of what remained of Poland’s Jewish community to leave.
“Postwar Poland seemed ho¬mogenous to us,” said Romanska. Consequently, Polish intellectuals and artists such as Grotowski and Kantor, could only refer to the Holocaust, or to Jewish themes in¬directly. As a result. Western audiences which knew even less about Polish history than Communist—era Polish audiences, could only see “Akropolis” and “Dead Class” for their form and not their content.

According to Romanska, Grotowski explicitly stated that “Akropolis” was set at the Auschwitz-Birkenau extermination camp, and that the laborers were building the crematorium in which they would later be burned. The seemingly stylized movements of the actors were not some experi¬mental flourish, but a depiction of what starvation and exhaustion did to the bodies and spirits of prison¬ers. The fluttering arms at the end of the show were modeled on that of prisoners who eventually threw themselves onto the camp’s electri¬fied fences rather than go to the gas chambers. Romanska, using camp slang, described it as “going on wires.”

Romanska explained that many Poles were unable to fully under¬stand “Akropolis” because “Soviet propaganda [presented a] heroic image of the Auschwitz prisoner … hiding how traumatic it was. …The inhuman aspect was not seen.”
Likewise, Western critics. when writing about Kantor’s “Dead Class,” tended to either view it as a satire on education, or emphasize what it had in common with 20th-century painting, according to Ro¬manska. They ignored the fact that Kantor had interspersed the Polish text of the play with Yiddish and Hebrew, and even the Aramaic of the Mourner’s Kaddish.

Western audiences also mis¬read any of the visual aspects of the play that might recall the Holo¬caust, such as the piles of manikins representing the bodies found in the camps when the survivors were liberated. Where Western au¬diences interpreted actors carry¬ing child-sized manikins as adults clutching to their childhood, Romanska simply points to images of families being deported to the camps.

In short, what audiences and artists saw as a new style was actually the attempt of two Polish artists to process what had hap¬pened to their neighbors at the very time their government for¬bade them from discussing thy topic.
Consequently, Romanska ex¬plained, when Kantor’s theater company brought “Dead Class” to other countries, “The only audi¬ences that understood were Israeli.”

Romanska cited the journals of Kantor’s collaborator, Krzysztof Miklaszewski, who described the December 1985 performance in the Israeli city of Jaffa by noting, “Audiences were left weeping.”

Originally published at The Jewish Advocate (3/29/13) 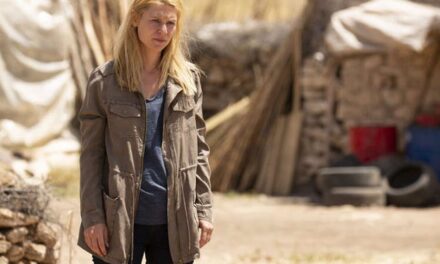 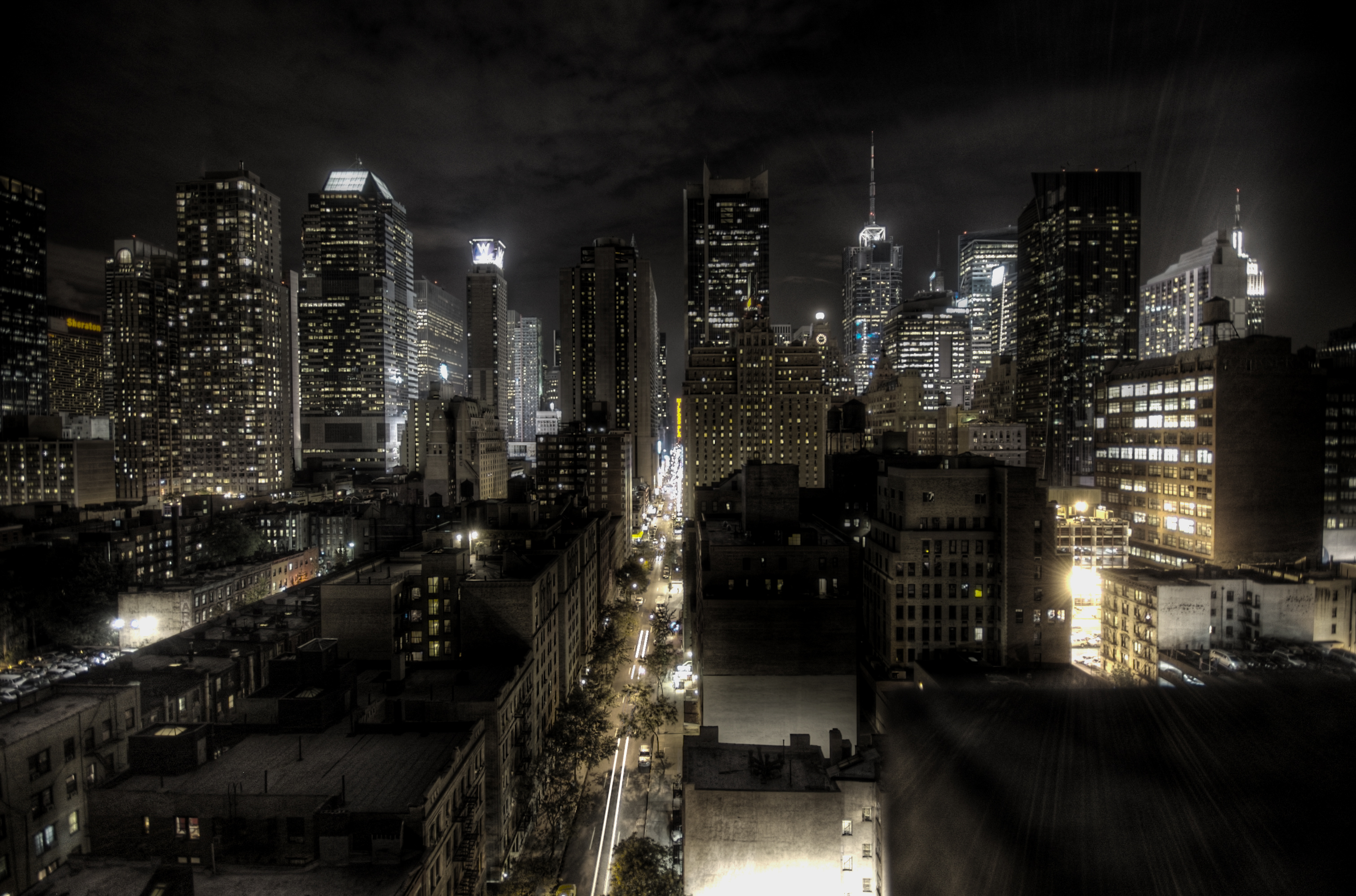 Genuine Illusions of our Times: Richard Foreman in conversation with Magda Romanska